Department of Philosophy, University of Patras 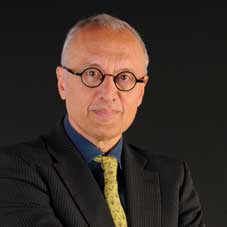 Prof. Dr. Michael Paroussis was born in Athens, Greece in 1958, and is Assoc. Professor for Philosophy, Theory and Epistemology of Law at the Department of Philosophy of the University of Patras since 2004 and Head of Department since 2014. Ass. Professor at the Law Faculty of the University of Freiburg 1992-1999. Postgraduate Scholar of the Deutsche Forschungsgemeinschaft 2000-2003. PhD in Law at the University of Freiburg 1992, awarded with the Carl-von-Rotteck Preis 1992. European Award for Legal Theory 1994 and teaching at the European Academy of Legal Theory in Brussels 1994-1996. Study of Law at the University of Athens 1976-1981 and postgraduate studies in History and Theory of Institutions at the University of Sorbonne Paris II-Panthéon 1981-1983 with a scholarship of the Greek National Scholarships Foundation. Attorney-at-Law at the Athens Bar since 1983. Speak fluent Greek, German, French and English. Currently teaching Practical Philosophy, Theory of Democracy, Bioethics and Philosophy of Law.