For further information on the IBCSO group, please email This email address is being protected from spambots. You need JavaScript enabled to view it..

Our center team is involved with, not only the production of IBCSO, but also in developing best methods for infrastructure and innovation, establishing a sense of community and facilitating collaboration, and in acquiring bathymetric datasets in uncharted waters. 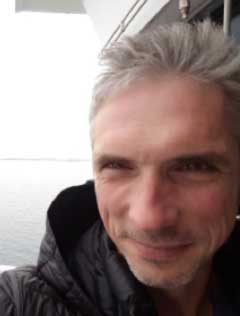 Dr. Boris Dorschel is the project lead as head of the bathymetry working group in the geophysics department at AWI. Since 2012, he credits his time to the geo-morphology of the seafloor in high latitudes with special emphasis on the reconstruction of ice sheet histories and habitat mapping. As part of his activities, he collects multibeam echosounder data from around Antarctica and the Arctic. He graduated in geology/palaeontology at the University of Bremen in 1999 and completed his PhD thesis on cold-water coral carbonate mounds at the Center for Marine Environmental Sciences (MARUM) in Bremen. He then took up a first postdoctoral appointment at MARUM and from 2005 to 2012, worked as a postdoctoral researcher at University College Cork, Ireland. With his expertise and passion for running highly collaborative projects at a global level, he is keen to lead bathymetric mapping expeditions and expand the impact for the IBCSO. 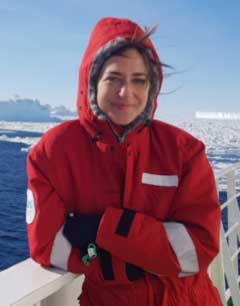 Laura Hehemann is the data manager and curator for the project responsible for building a robust and sustainable hub. She collaborates with key bathymetry stakeholders in the shared Seabed 2030 vision to map the world’s oceans. She joined AWI in 2016 as a geographic information systems (GIS) analyst engaging scientists in web-based services and providing GIS expertise. After various research expeditions to the Arctic, working with optical and acoustical data from the Ocean Floor Observation and Bathymetry System (OFOBS) and the ships multibeam echosounder, she made her first voyage to the Antarctic in 2019. She first coauthored in Geomorphology, 2010 determining controls to debris flow mobility during her Environmental Technology Diploma at Camosun College and received a BSc- Environmental Science from Royal Roads University, in Victoria, Canada. Her additional experience as a GIS analyst for a mapping company thereafter provided her with a multidisciplinary approach to problem solving and data management. 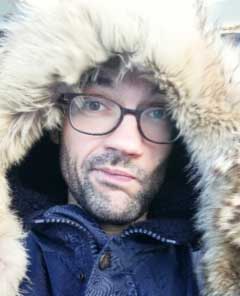 Sacha Viquerat is a scientist at AWI and the University of Hamburg, Germany, and our chief data engineer for the project. With a background in biological sciences, mainly marine mammals, and scientific programming and statistics, he joined the team primarily to re-implement the data processing pipeline and scale the existing workflow onto AWI's high performance infrastructure. He graduated in Biology at the University of Göttingen in 2010 and has worked with marine mammals since 2012, making his first trip to Antarctica in 2014/15 to study the distribution of large whales via helicopter surveys from Polarstern and has since participated and contributed in various national and international projects. His work in Seabed 2030 involves heavy usage of the Python programming language for parallel computation and geographic libraries in a UNIX environment just to give more creative people the data to create a beautiful map. 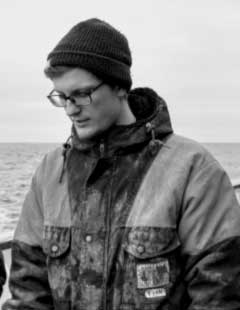 Fynn Warnke has recently graduated with a Masters in Geosciences, focusing on marine geophysics and sedimentology, from the University of Bremen, Germany. Throughout his studies, Fynn participated in several research cruises worldwide (Antarctica, Baffin Sea, southern Indian Ocean) and two industry cruises (North Sea, Baltic Sea). He joined the team as a talented and passionate data engineer bringing expertise in bathymetric mapping and innovation to working with big data. He is highly trained in scientific computing, namely Python, Matlab, and motivated to implement new techniques and approaches to advance the project. 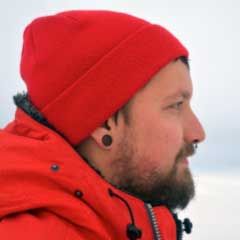 Simon Dreutter is the data manager of the bathymetry working group at the AWI, providing data and insight into the bathymetry archive. He has several years of ocean-going experience and a main research interest in high-resolution multisensor habitat mapping in deep sea environments. He oversaw the technical integration of the acoustical systems into the OFOBS platform and regularly trains students for bathymetry acquisition. He received a BSc- in cartography and geomedia and an MSc- in cartography and geodesy from the Beuth University of Applied Sciences, Berlin, Germany, as well as an MSc- in geomatics/hydrography from HafenCity University Hamburg, Germany. As a skilled cartographer, passionate programmer and inspiring educator, he brings a diverse perspective and high quality to the project. 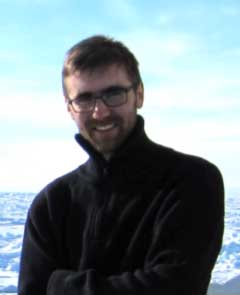 Dr. Jan Erik Arndt was a postdoc scientist at the AWI, and currently is on sabbatical. He graduated in geodesy at the Technical University of Darmstadt in 2010 and subsequently joined AWI as scientific editor of the IBCSO project. In 2013, he completed the first version of IBCSO and thereafter wrote his PhD thesis on the marine glacial geomorphology and its implication for ice sheet reconstructions of East Greenland at the University of Bremen while further pursuing the goal of a second version of IBCSO. In 2016, he was granted his first own postdoc project from the German Science Foundation (DFG) on investigating past ice-stream activity in the southern Weddell Sea, Antarctica. This project is based on a close cooperation between the AWI and the British Antarctic Survey, Cambridge. The focus of Jan Erik’s work today is on past and current ice-seabed interactions, tsunamis triggered by subaerial landslides entering water bodies, and the creation of digital bathymetric models. He was the editor of IBCSO until 2018.

The Southern Ocean Regional Mapping Committee (SO-RMC) is overseen by an Editorial Board and was updated during the First Arctic, Antarctic and North Pacific Mapping Meeting held in Stockholm, October 8-10, 2018 to currently include the following members:

If you have substantial interest in the Southern Ocean bathymetry please subscribe to the IBCSO mailing list at the National Geophysical Data Center in Boulder, Colorado.